adapted from an article by Tom Powell

ORLANDO – Enhanced sightlines, audio description, closed captioning and telecommunication devices for the deaf are hot items regarding the Americans with Disabilities Act (ADA), according to Kevin G. McGuire, who addressed the annual convention of the Florida Facility Managers Association here. He is president of McGuire Associates of Newburgh, NY, a consultant on proactive responses when dealing with the ADA. The firm’s clients include the FleetCenter, Boston: Ice Palace, Tampa; Wang Center for the Performing Arts, Boston; Boston Symphony Orchestra, and CoreStates Spectrum, Philadelphia. McGuire is a former prosecutor in the Bronx in New York, a graduate of Boston University and Georgetown Law School, and an actor whose credits include an appearance in the movie “Born on the Fourth of July,” and such TV soap operas as “Guiding Light” and “As the World Turns.” McGuire became a paraplegic at age 7 after being struck by a drunk driver’s automobile. He began his consulting firm in 1991.

“It’s important to define what is a disability. It involves a loss of a major life activity, such as seeing, talking, walking, etc.. And now case law is deciding whether or not reproduction could be considered a major life activity. Some disabilities are invisible. The disabled are not always found in wheelchairs. Audio description for the blind has become a big demand. The visually impaired want a narrator to tell them what everyone else is seeing. Ice shows and circuses are really being affected,” said McGuire. Although enhanced sightlines are a major issue for existing structures, the wheelchair users want unobstructed vision from the standing position of a person in front of them. The Federal Access Board will have new recommendations this summer regarding sightlines. The deaf community is demanding closed captioning at events. “Closed captioning costs between $800 and $1,000 a game for hockey, about $400 an hour, and many teams are looking for sponsors.” McGuire says that the ADA requires that 4% of fixed seats need to have assistive listening sound systems. “Currently, fewer than 10% of blind people read Braille and fewer than 10% of deaf people sign; this is partly due to the graying of America.” Obesity is also becoming a major ADA issue. Many seats are not wide enough for morbidly obese patrons. This segment of the population is arguing that they are protected under ADA. Ron Spence points out that the Tallahassee/Leon Center, built in 1981, with 13,500 seats, offers an Access Service Center.

“An Independent Living Center, one of many located across the country, has filed a suit against the Rose Garden in Portland, Oregon, on behalf of disabled vets. Abe Polin has had a suit filed against him for his new MCI Arena near Washington, D.C.,” McGuire said. “Sensitivity training for all employees is a must,” said McGuire. “You can work with state rehabilitation agencies and hire the disabled. At the $180 million FleetCenter, there are 104 executive suites. The owners of these suites will sponsor an internship program for the disabled.” “You can’t be insensitive to individuals with disabilities. Some small statured people now want to be referred to as ‘vertically challenged.’ Those who were once referred to as crippled and handicapped now prefer to be called ‘disabled.’ What we used to refer to a seeing eye dogs are now called ‘service animals’,” McGuire said. McGuire pointed to some instances where the ADA does not work. “The law calls for 1% of seating to be for wheelchair users. At the Georgia Dome in Atlanta, that’s 800 of 80,000 seats. Abuse of wheelchair seating locations is also an unfair issue. For example, a Bruce Springsteen concert is announced at 12 noon and sold out at 12:30 with only disabled seating left. Suddenly, everyone calling is disabled.” Terry Genovese of the University of Central Florida, Orlando, agreed. “We have 5,000 seats and we use only 10% or 20% of the 50 seats set aside for the disabled, except for graduations, then we use 120.” McGuire said 20% of monies spent for improvements on any facility must be done for ADA work. “But that is not yet being enforced.” Allen Johnson of the Lakeland Civic Center was concerned because that facility is undergoing a $22 million expansion.

For more information about how McGuire Associates can help your company, please use the contact form below 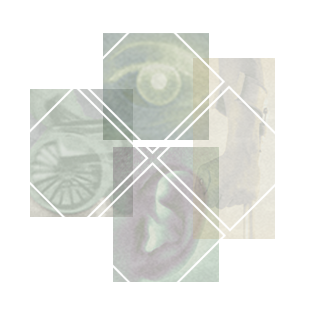